Urbano is a non-profit organization in Jamaica Plain that empowers urban teens, professional artists, and the community to create social change by facilitating artist-led projects surrounding annual themes. The Freedom Trail on Trial was developed in response to the theme: Disobedience.

Urbano’s teen artists partnered with Lead Artist Neil Horsky, other professional artists, educators, librarians, and historians to undertake a critical investigation of Boston’s Freedom Trail. During the investigative process teen artists questioned the assumptions, accuracy, comprehensiveness, and impartiality of public presentations of the city’s history. They considered alternative perspectives and drew parallels between historical and current events, reinvigorating stories of the American Revolution by making them relevant to their own lives. Teen artists created temporary public art installations and performances along the Freedom Trail expressing critical insights and facilitating dialogue around the presentation of history in public spaces and the Trail’s potential as a site for artistic, social, and political engagement.

Lectures: I have been invited to present documentation and lead discussions about this project at several venues.  These include the School of the Museum of Fine Arts, U-Mass Boston, The Digital Humanities Lab at the University of Wisconsin Milwaukee Library, Haley House’s Art is Life Itself! series, and on the Freedom Trail at the Old South Meeting House.

Video of The Man by Jasmin Argueta & Anslem Edegbe

Press: read the JP Patch’s article on The Freedom Trail on Trial project and exhibition at Urbano

Press: read an interview with me about the project and my talk at the Old South Meeting House 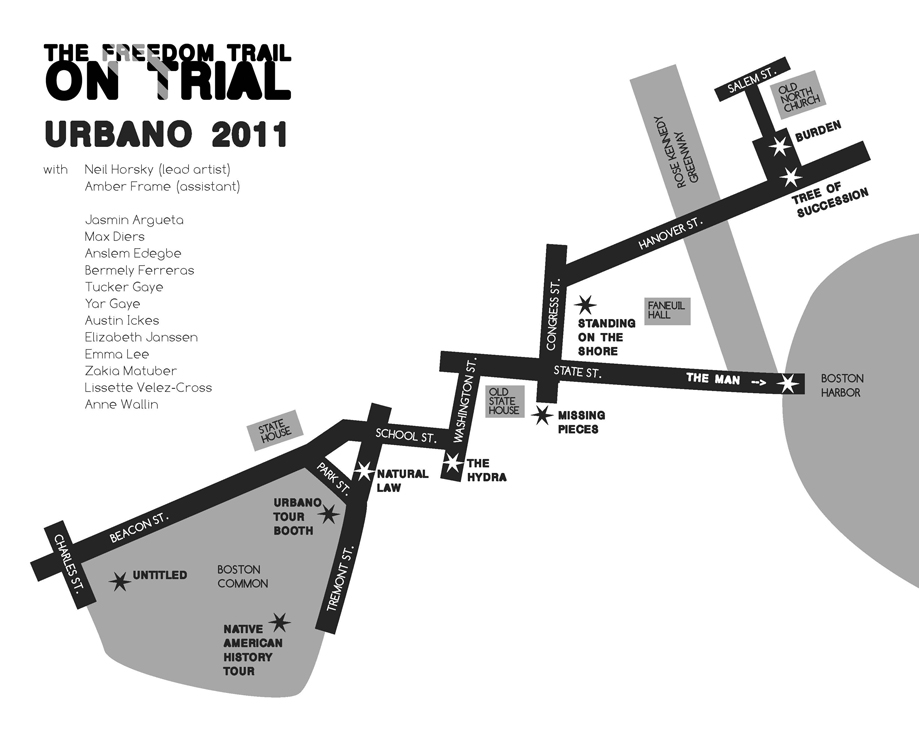 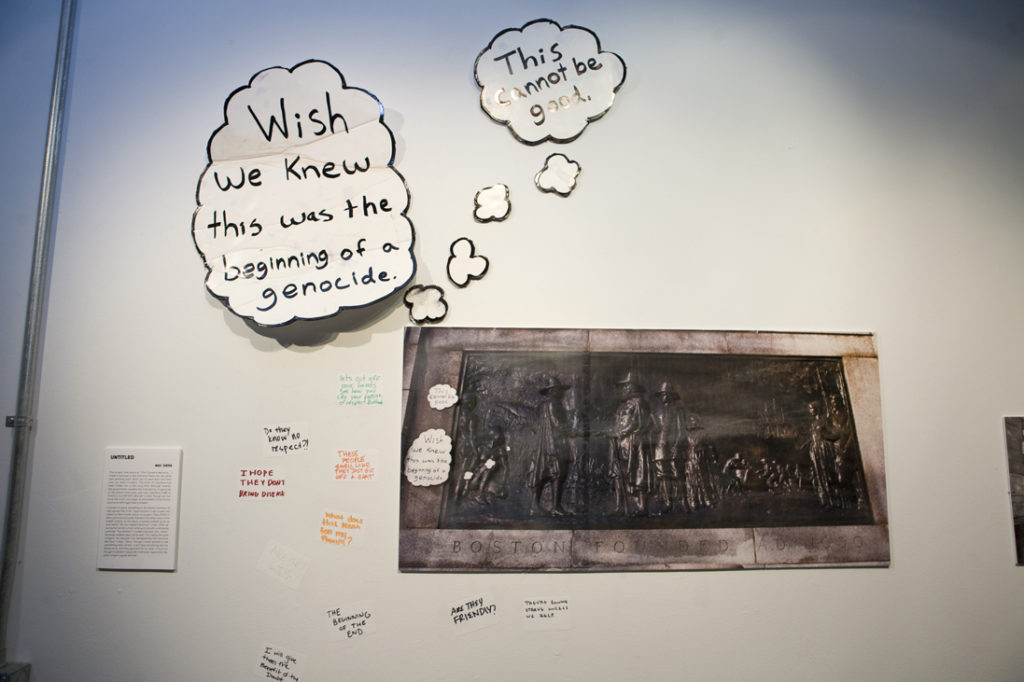 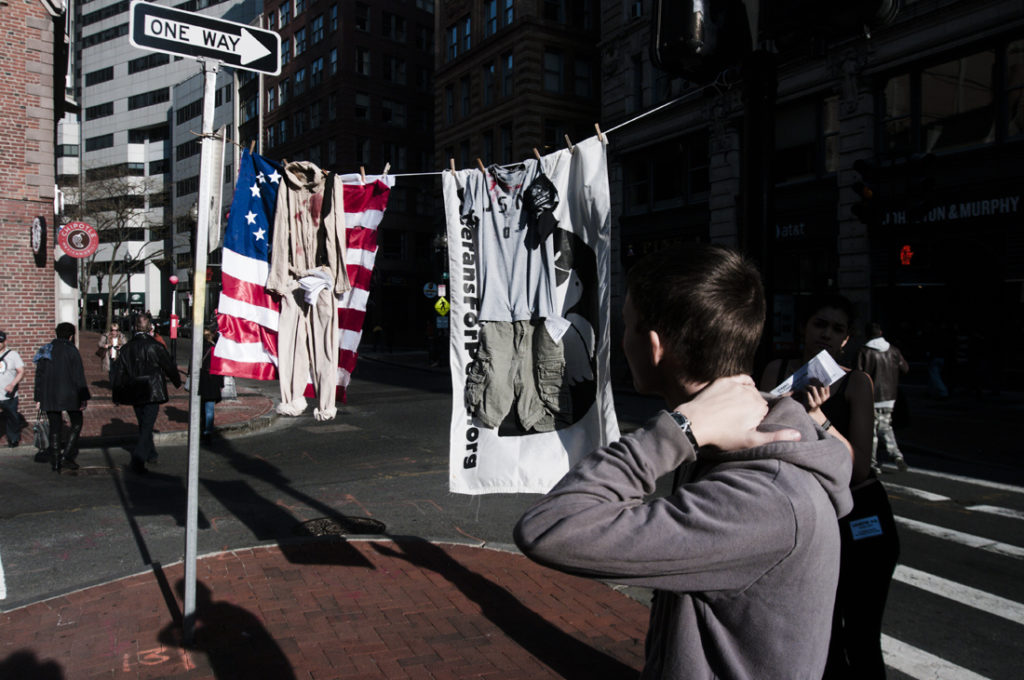 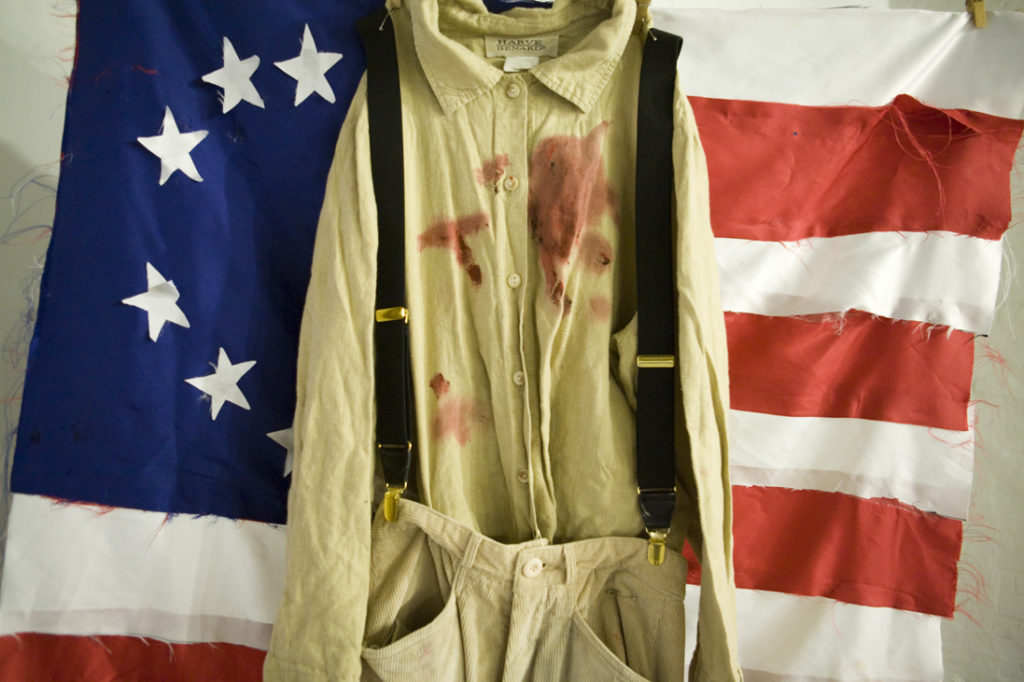 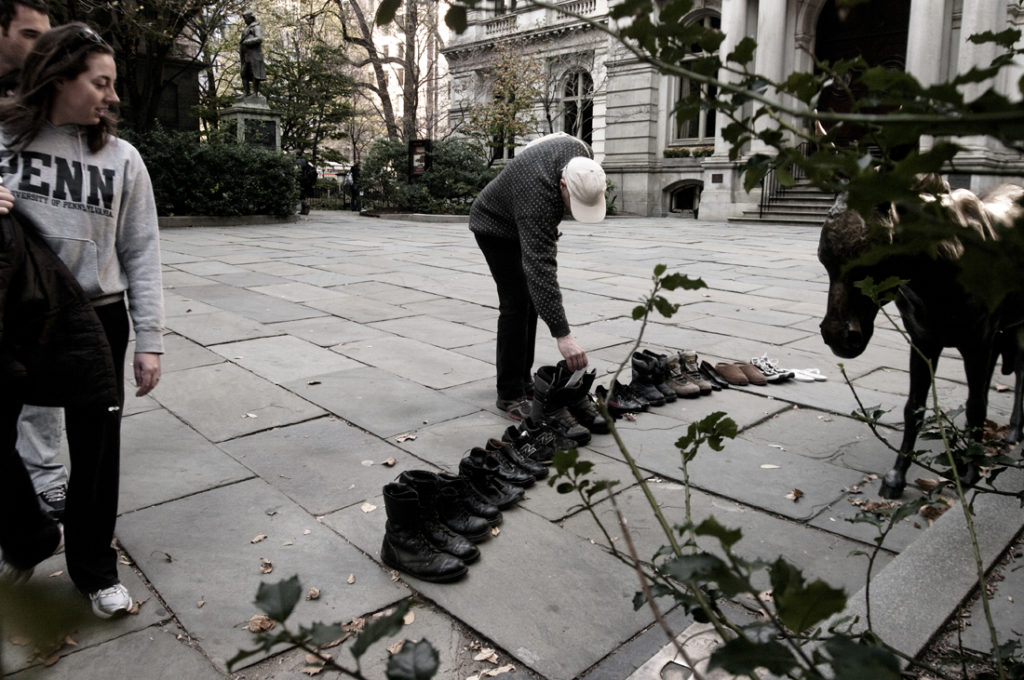 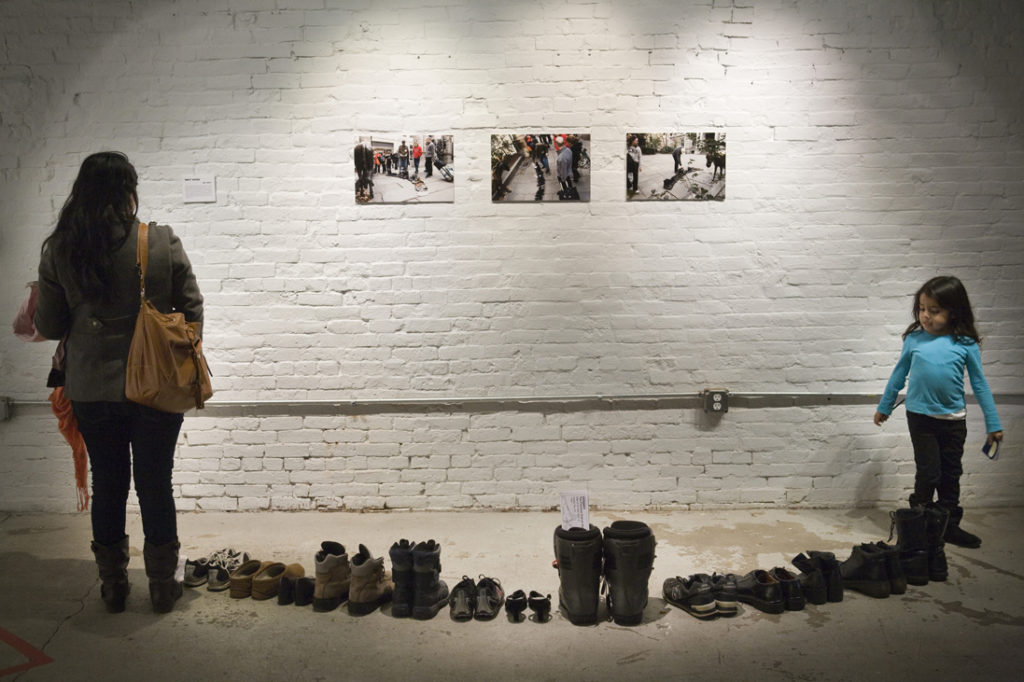 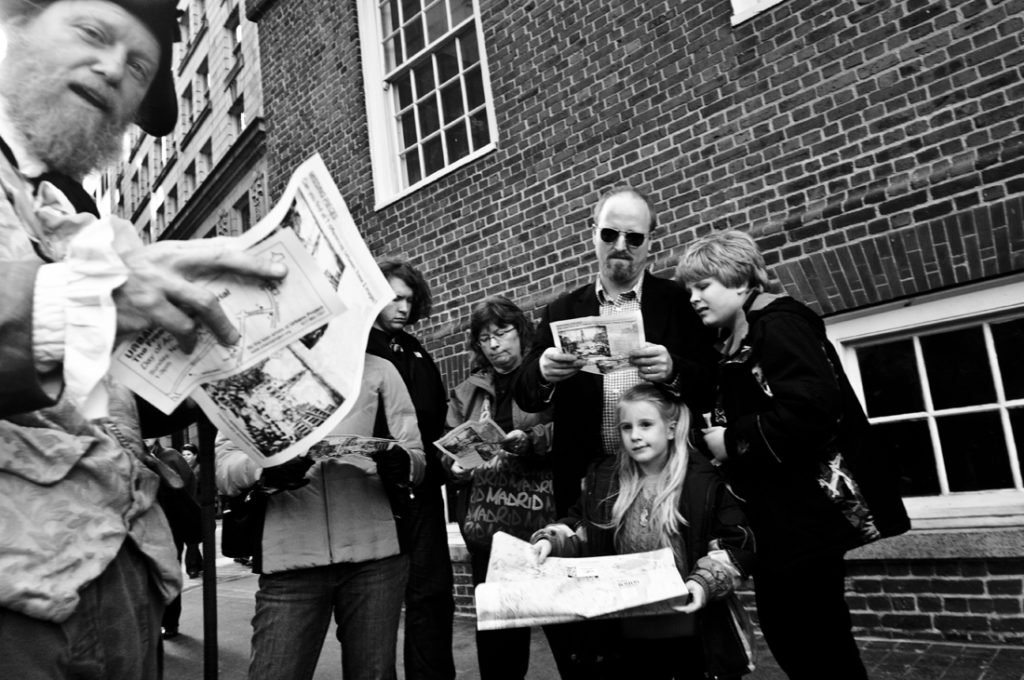 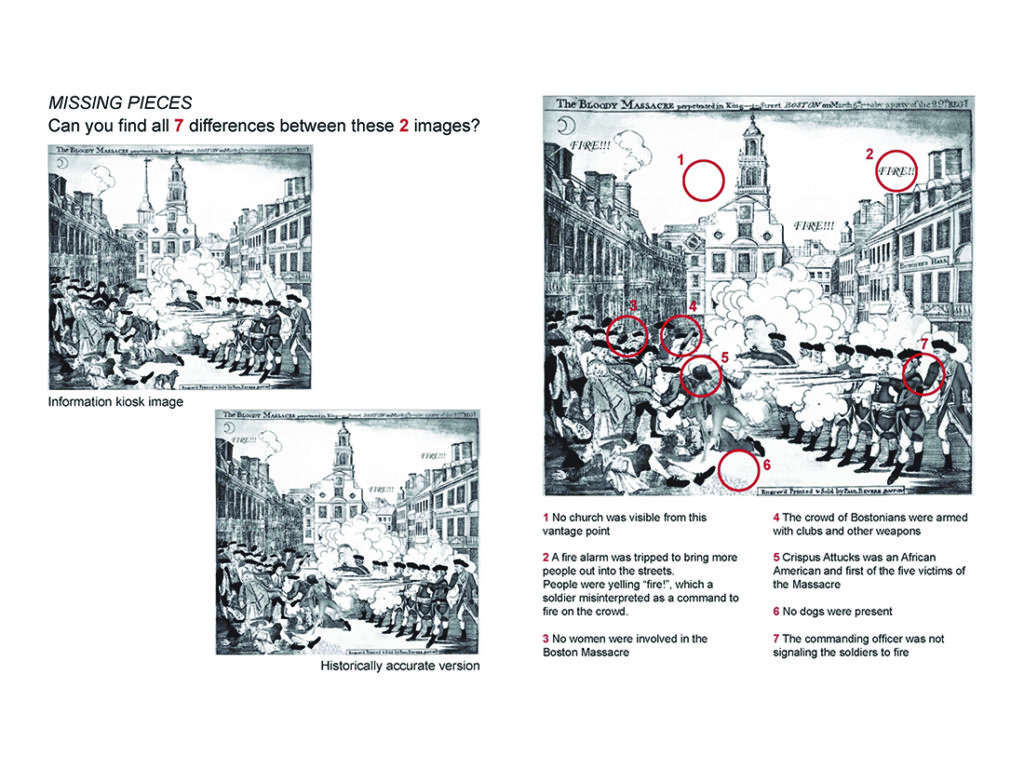 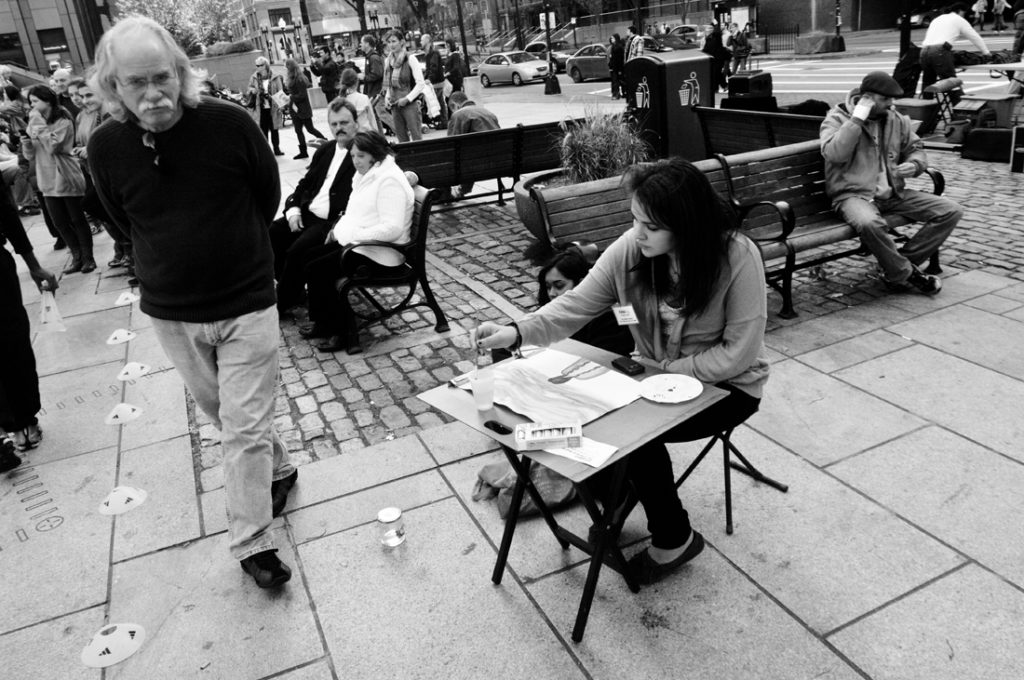 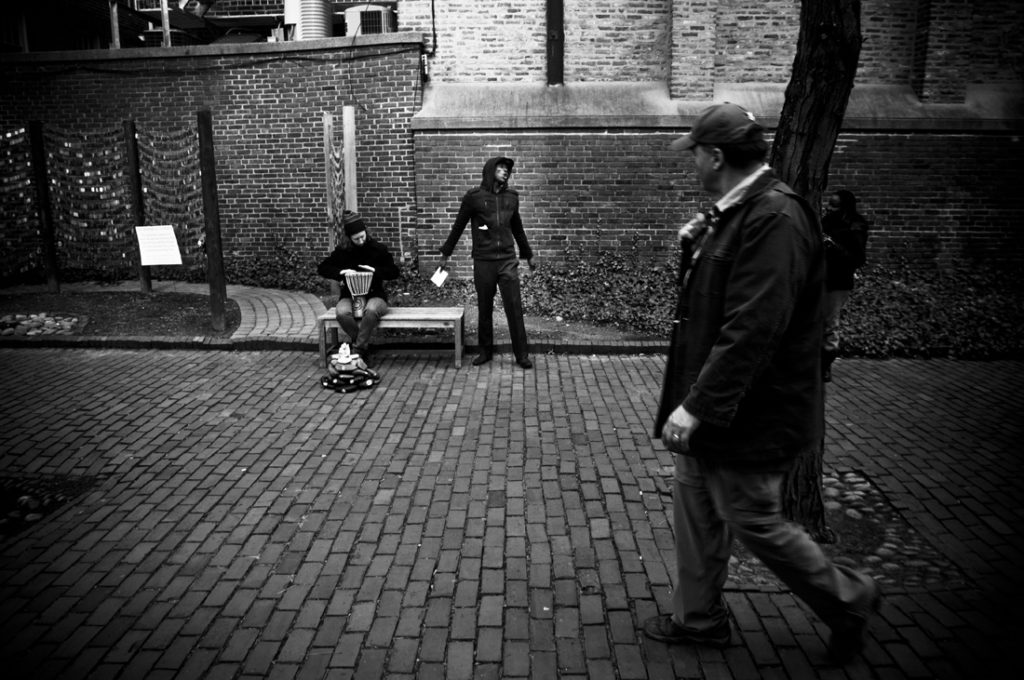 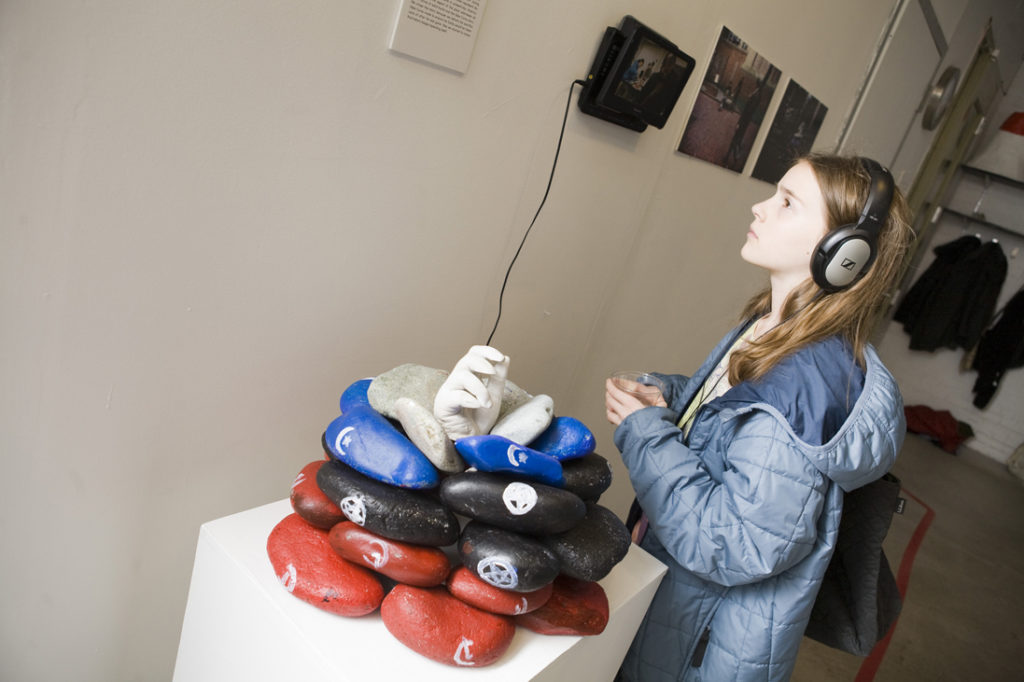 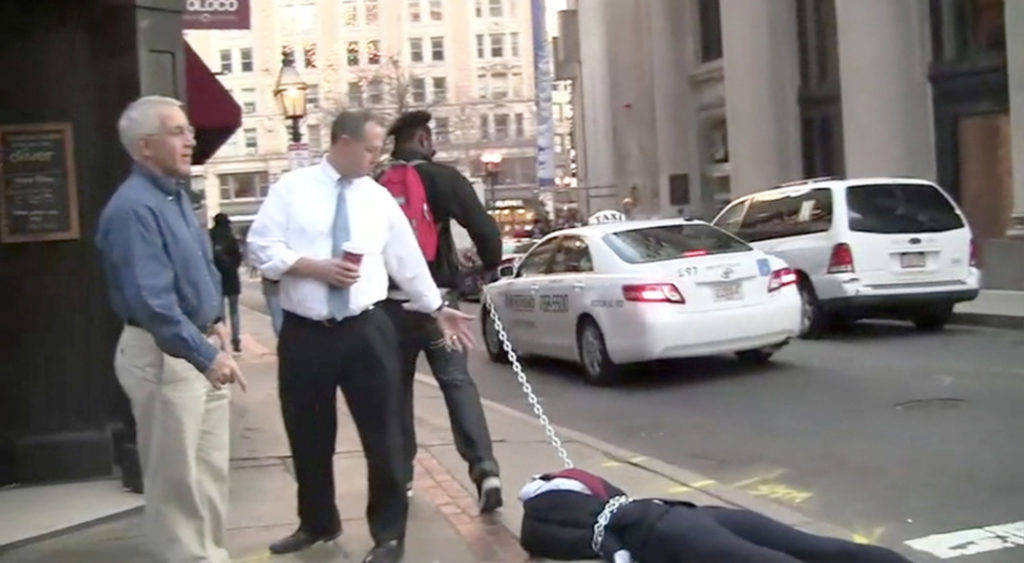 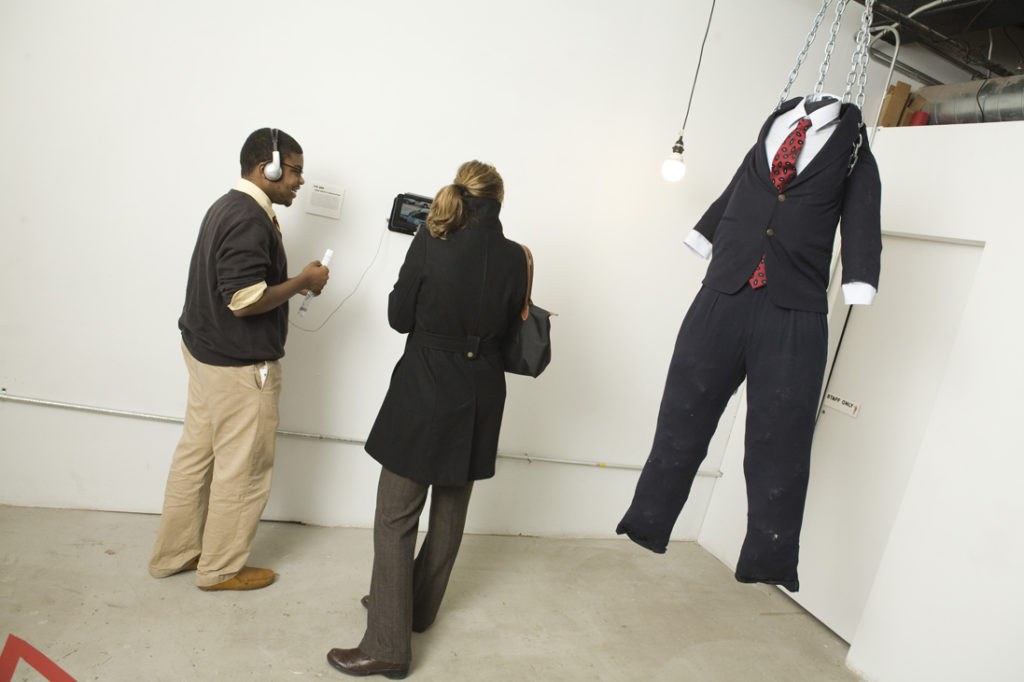 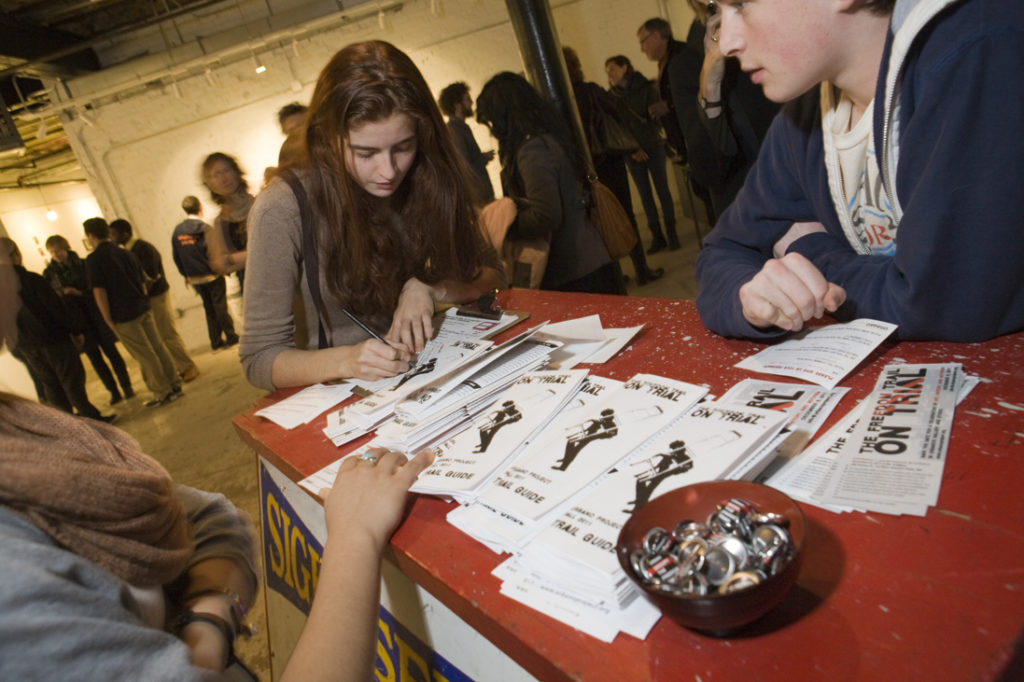