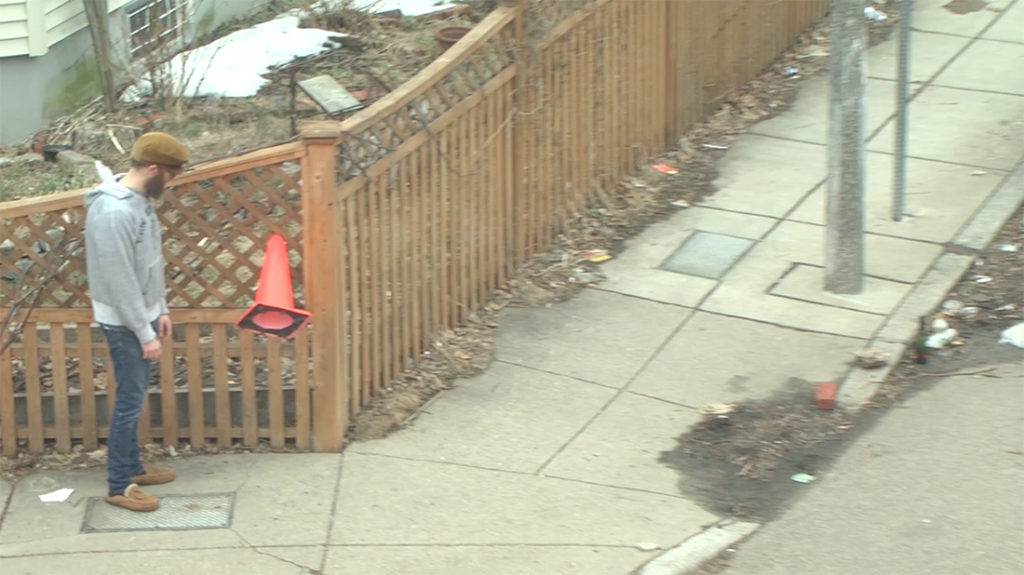 Voyeuges involves a cameraman and musical ensemble observing the street from a row of second story windows, creating together cinematic footage and an improvised musical score in response to either the happenstance occurrences on the block, or improvised public performances and installations by members of the ensemble.  The footage and accompanying live music is cut down to a short movie, with but a hint of narrative arc.

The mood leans naturally towards mystery and suspense, and sways from feelings of daydreaming to mundanity to absurdity, madness and back again – a weird and beautiful form of movie entertainment.

Voyeuges: Episode One premiered in March 2016 and Episode II in April 2017 on Somerville Cable Access Television as part of the annual Boston Hassle 24-hour Telethon & Performance Marathon. Episode III was filmed and edited in March 2018, and premiered publicly in August 2018 at The Distillery Gallery as part of the retrospective Voyeuges exhibition Make Reality Magic Again. Episode IV was filmed in April 2019 but suffered a tragic loss of the audio recording. In March 2020 a cut was edited and shared with the crew which featured an audio recording of The Memories Station, 740AM, WJIB, hosted by DJ Bob Bittner, interspersed with static and radio interference from other stations. Episode IV has yet to premiere publicly.

Voyeuges: Episode One screened publicly at Boston Arts & Sports Entertainment as part of their group photo exhibition “City Floor” in 2016.

Episodes One and II were screened publicly at the Marmion Center for the Arts in May 2017 as part of the Marmion Film Festival in Jamaica Plain, featuring videos and animations by local artists including Kyle Browne, Rene Dongo, Carly Lieberman, Frank Hegyi, and PJ Goodwin.

Episodes are not available for viewing online.  Contact me to arrange a screening. 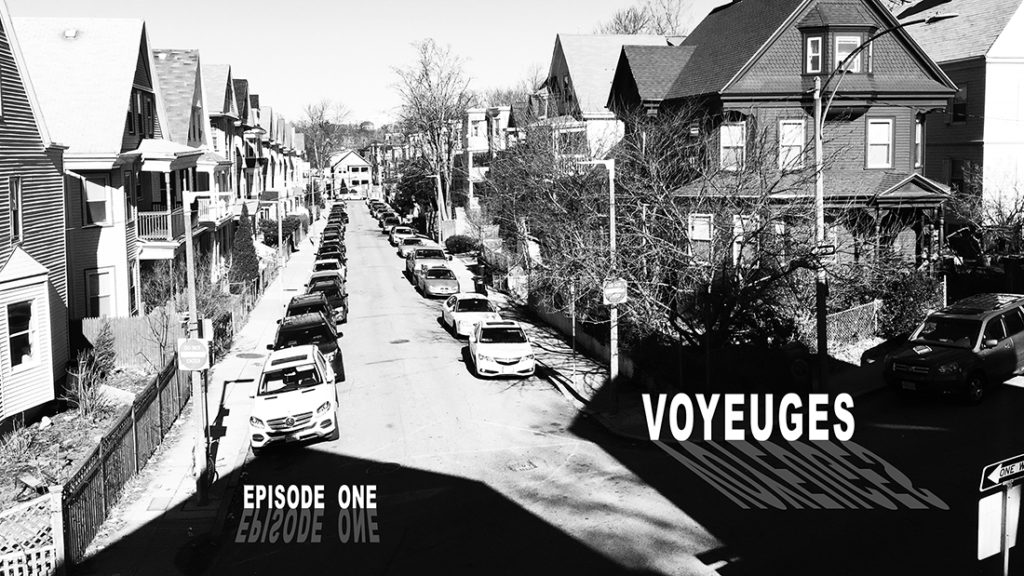 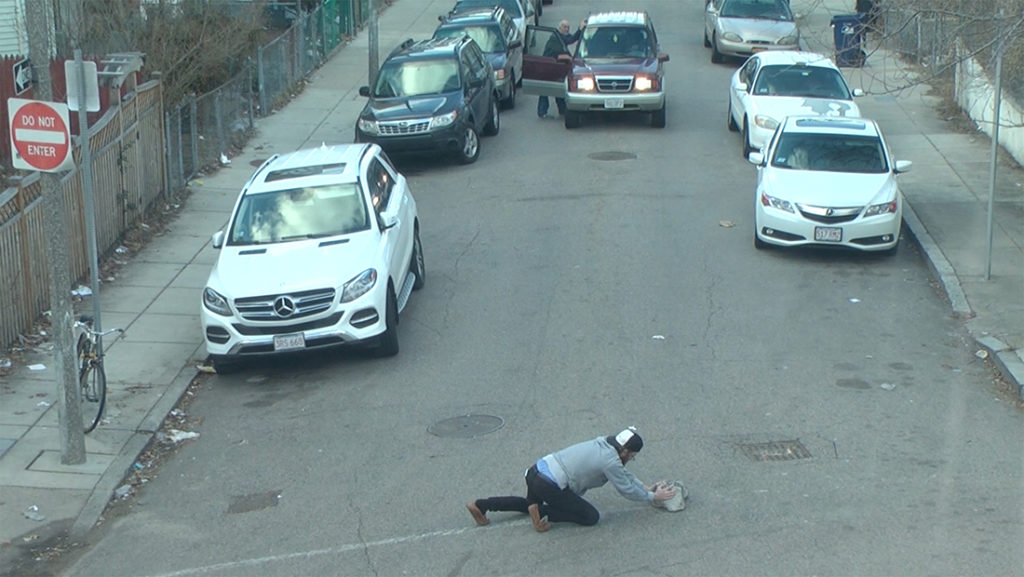 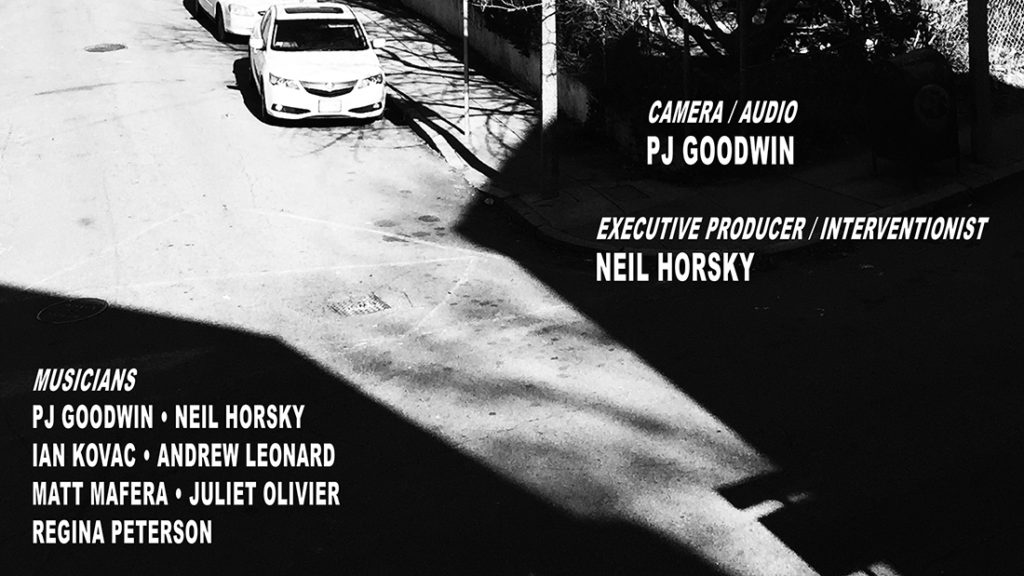 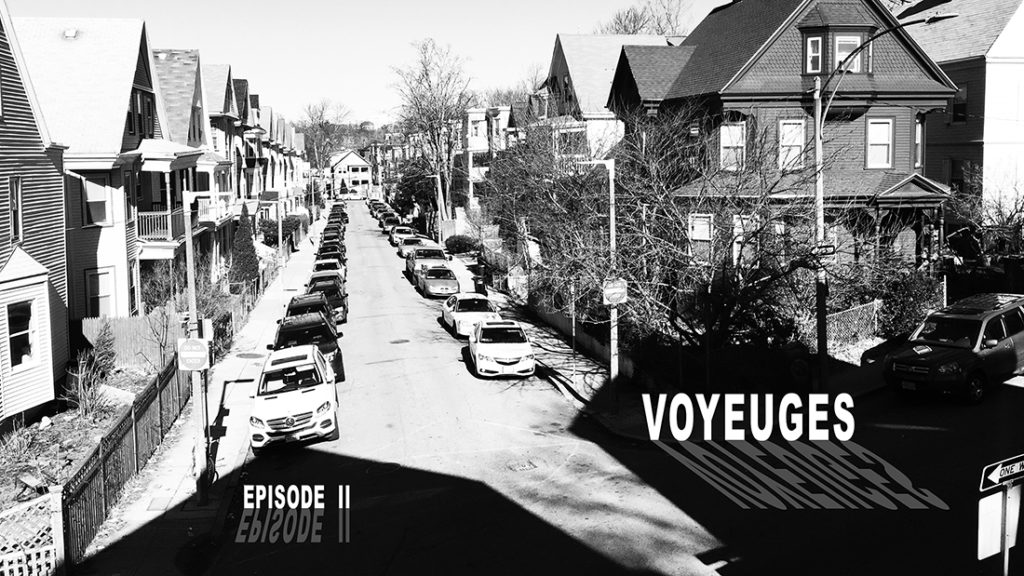 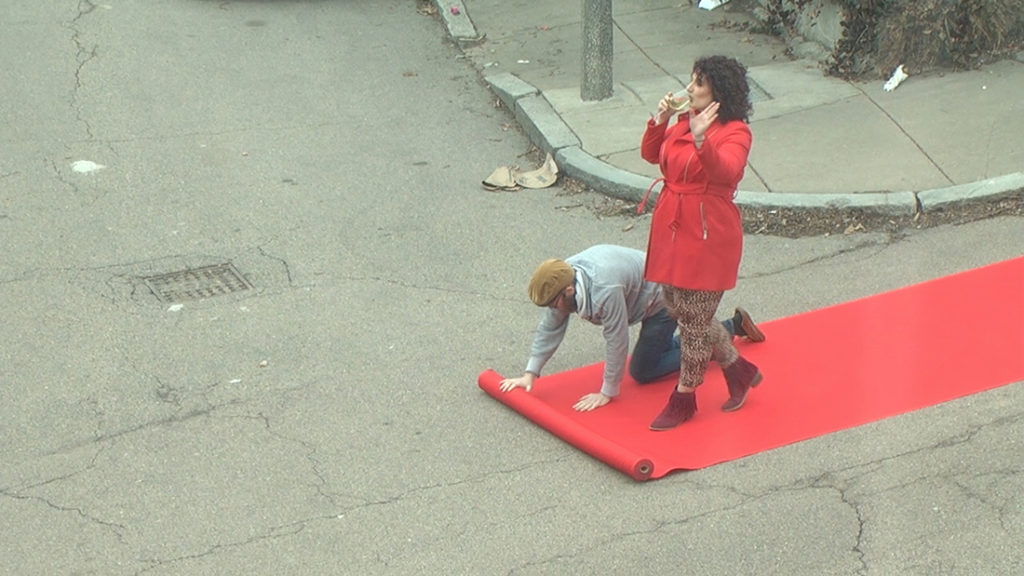 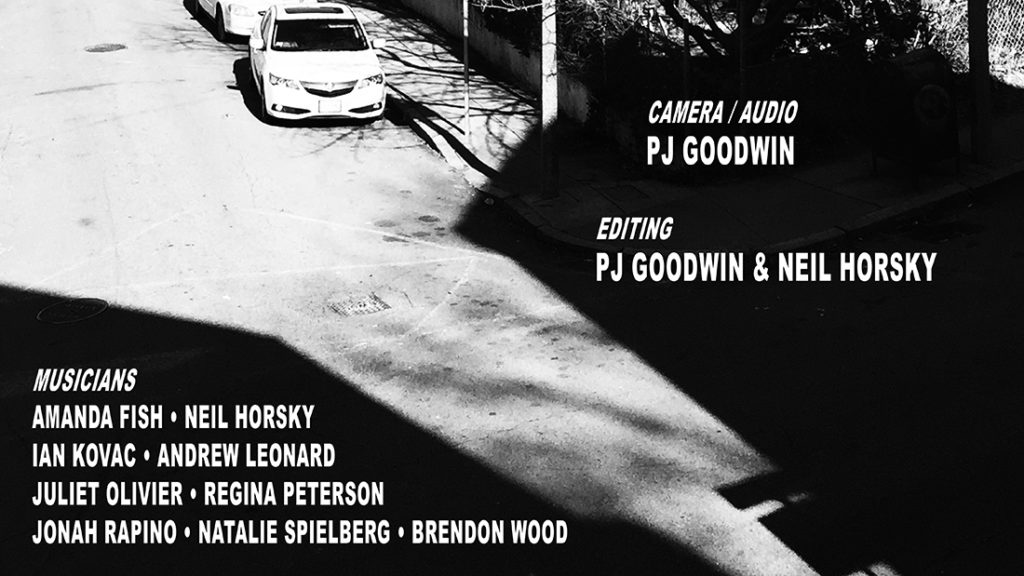 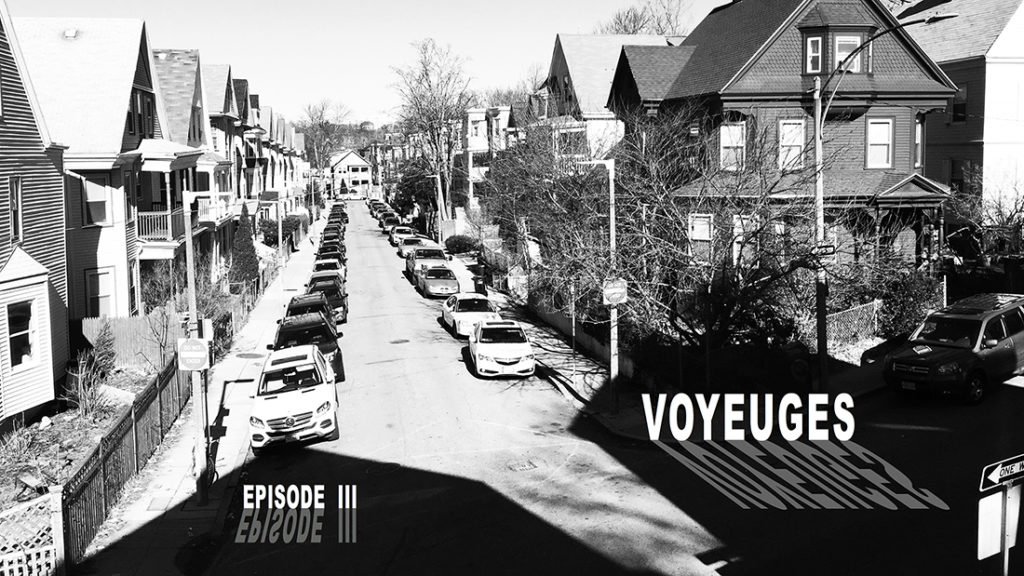 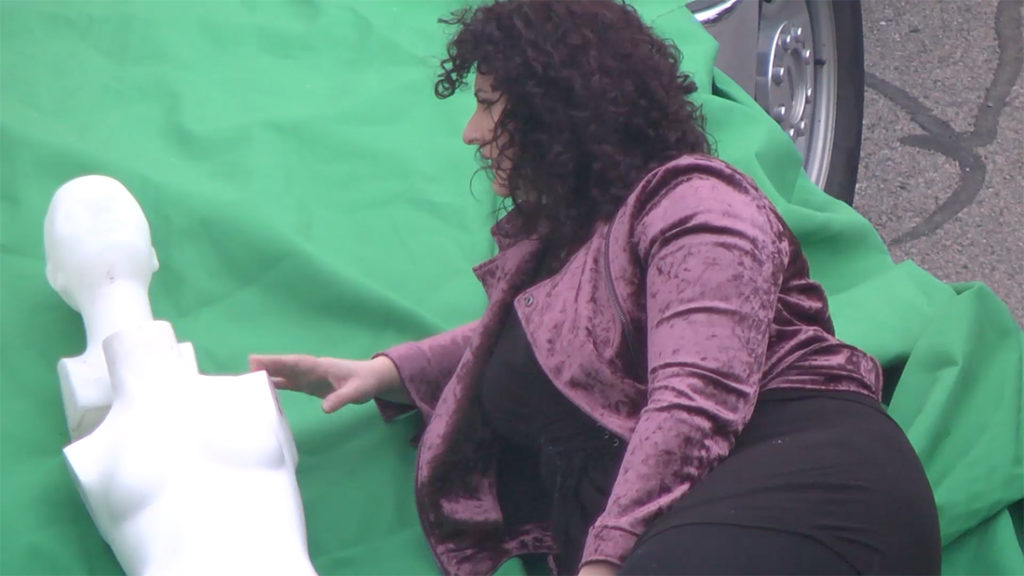 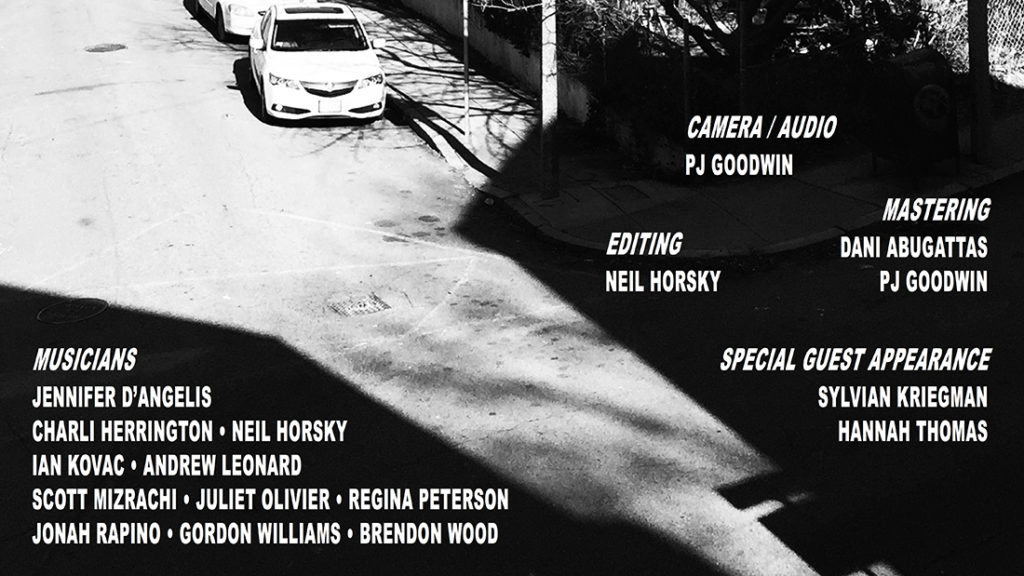