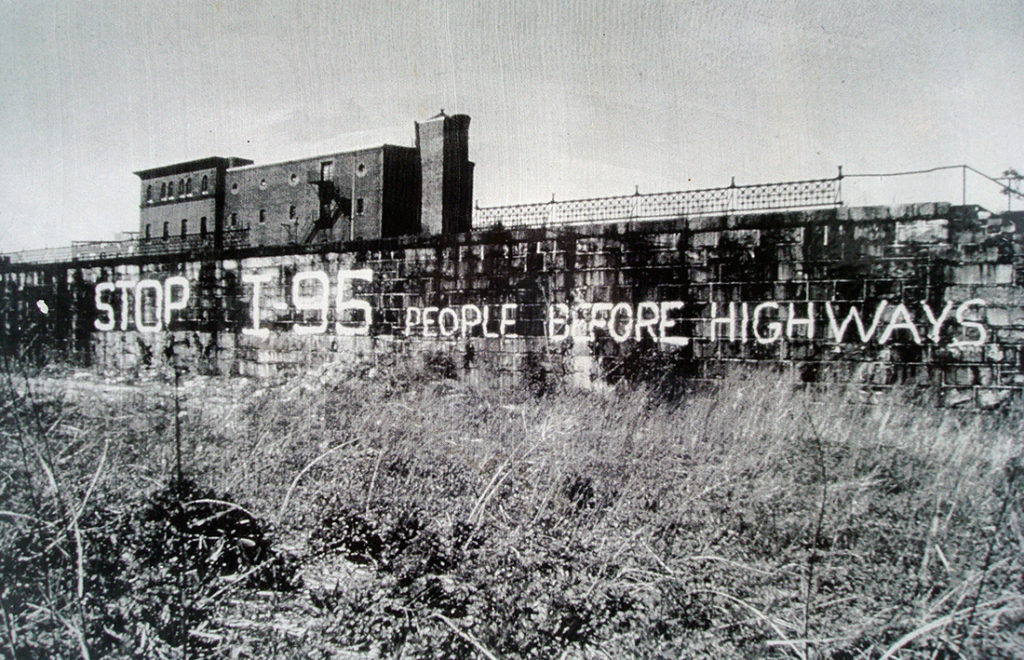 People’s Tours is a group of artists, researchers, and journalists who create guided tours and publications about the People’s History of Boston.

Our inaugural tour, titled The Social History of the South End, occurred in June 2012 as part of the Common Boston festival.

The tour explored the effects of the South End’s long tradition of community activism and the impact of the neighborhood’s changing demographics on its physical character over time. Many notable landmarks, including Tent City and Villa Victoria housing communities, as well as Southwest Corridor Park, were conceived and developed in direct response to neighborhood protest movements against drastic redevelopment plans in the middle of the last century. What can we learn from these past community challenges and successes, and how do they continue to resonate today?

Following the tour Artists in Context invited us to participate in a discussion about research in activism and the arts.